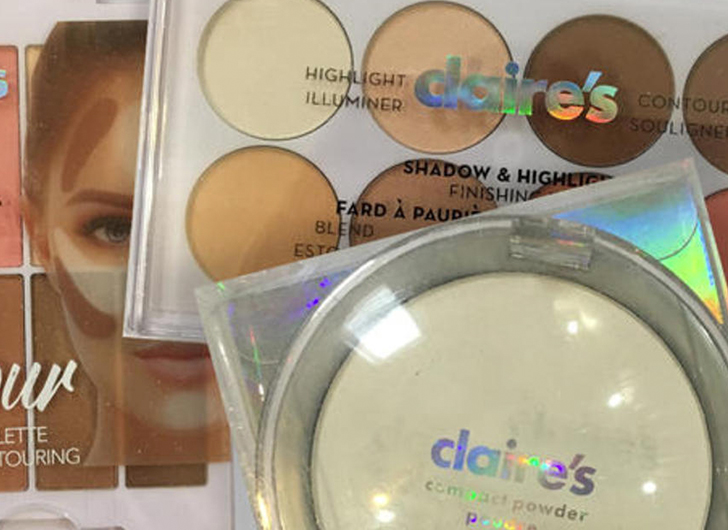 A warning for parents of children and teens who may be using certain products from Claire’s own line of cosmetics.

The FDA has issued a warning to consumers revealing asbestos – which has been linked to cancer – has been found in three of the retail company’s products.

The Associated Press are revealing Claire’s are disputing the FDA’s findings saying in a statement they believe the FDA’s test results mischaracterized fibers as asbestos and that although they tried to discuss the matter with the FDA the department moved ahead with its warning. Claire’s have removed the three products from their stores out of an “abundance of caution” and is also removing other talc-based products.

According to the Associated Press, the FDA issued the warning “because it said Claire’s refused to comply with its request for a recall, and that the agency doesn’t have the power to enforce one.”

The Food and Drug Administration say they aren’t aware of anyone being sickened by the makeup.