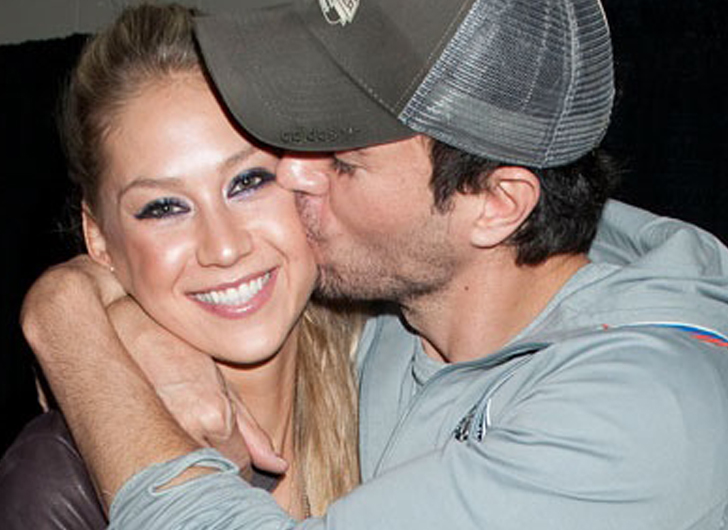 They may be rooting for different soccer teams as they watch the World Cup, but the latest pictures of Anna Kournikova and Enrique Iglesias’ twins show that the whole family love the sport.

The couple, who tend to keep their private lives very private, shared a few updated pictures of their six-month-old twins as the family sat around the television watching the World Cup.


Anna Kournikova shared an adorable shot to Instagram showing one of the twins clutching a Russian soccer ball as her home nation faced off against Saudi Arabia. She captioned the shot #GoRussia.


Meanwhile Enrique shared a pic of himself rooting on his home country of Spain as they played Portugal. The singer draped an “Espana” soccer towel over his shoulder as he balanced one of the twins on his shoulders.


Although we haven’t seen much of the twins on social media, which isn’t surprising considering Kournikova kept her entire pregnancy under wraps, Anna did share a sweet video of herself dancing as she held one of the twins in a baby carrier. She captioned the shot, “Little one, please don’t inherit my dance moves.”