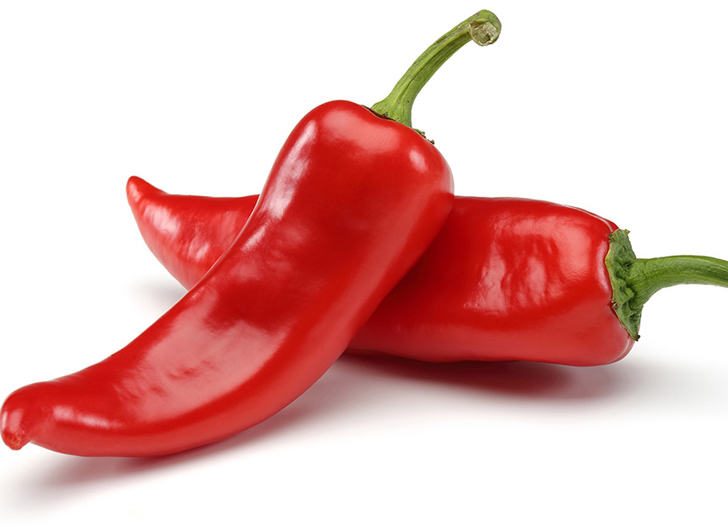 A new study has found a correlation between eating chili peppers and living a longer life.

According to People, the American Heart Association released a statement regarding chili peppers’ impact on health, saying preliminary research shows the spicy food can have an anti-inflammatory, antioxidant, anticancer, and blood glucose regulating effect for those who consume chili peppers on a regular basis.

#RedPepper…crushed red pepper🌶 Along with spicing up your dish and speeding up your metabolism, red pepper can benefit your #health in many ways. 🌶They are LOADED with vitamin C 🌶Full of antioxidants 🌶Have a role in reducing #inflammation….HUGE benefit 🌶Reduce the chance of blood clots HATUN Olive OIl uses freshed crushed peppers in our popular chili pepper flavor. It's a great way to combine the benefits of olive oil and red pepper together. #addsomeflavor #crushedredpepper #chilipepper #spicy #evoo #organicoliveoil #mexicanfood #italianfood #mediterraneanfood #turkishfairtrade #healthbenefits #healthylifestyle #foodformedicine #wholefoodliving #nonGMO #eattolive #chilipepperrecipes


People report researchers reviewed 4,728 studies related to chili peppers and 570,000 health records of people from the US, Iran, China, and Italy and compared those who consumed chili peppers on a regular basis to those who rarely, or never ate chili peppers.

“We were surprised to find that in these previously published studies, regular consumption of chili pepper was associated with an overall risk-reduction of all cause, CVD and cancer mortality,” People report senior author and cardiologist Bo Xu as saying in a statement. “It highlights that dietary factors may play an important role in overall health.”