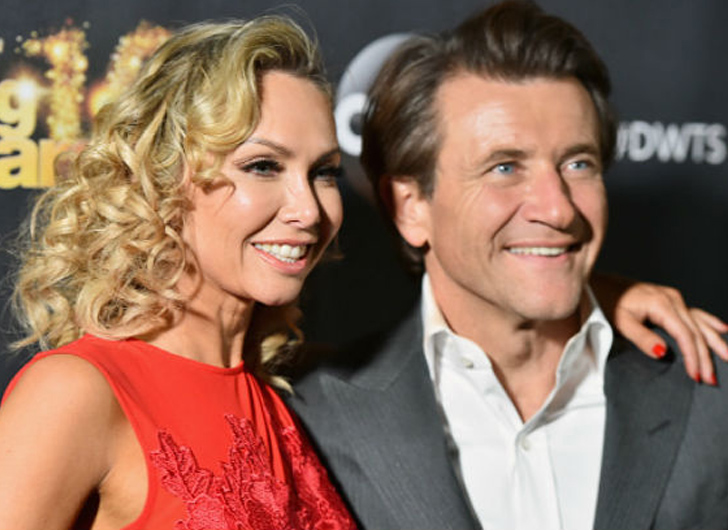 They fell in love after being paired up on ABC’s Dancing with the Stars and now Shark Tank billionaire Robert Herjavec and ballroom dancing pro Kym Johnson are set to hear the pitter-patter of tiny feet.


An excited Kym posted the news to social media sharing a picture of her sonogram, captioning the shot, “It’s a thumbs up!”

Throw back to the happiest day of my life. Love you #tbt


The couple told People exclusively they are actually expecting twins! “We waited so long, we actually decided to double up,” a proud Kym told the mag. “We are very grateful for the blessing of twins.”

Kym and Robert met on season 20 of the hit dance competition show and tied the knot in July 2016.


The twins will be the first babies for 41-year-old Kym. Robert has three children from a previous marriage.