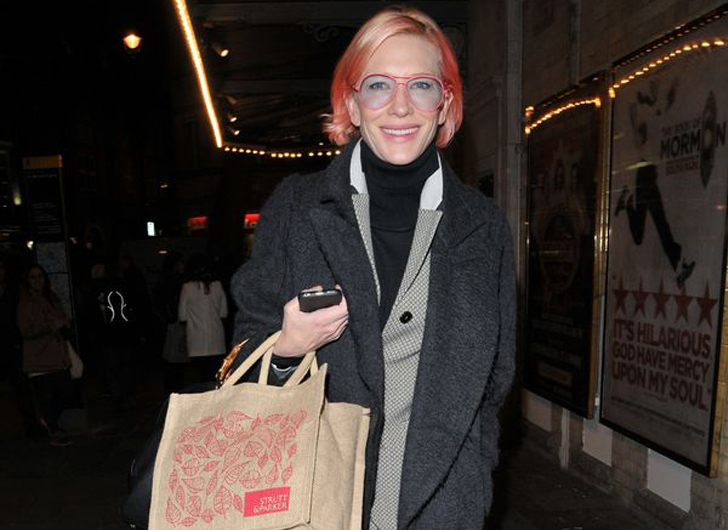 Cate Blanchett was spotted sporting a colorful new do. The Oscar-Award winning actress debuted bright pink hair while strolling the streets of London. 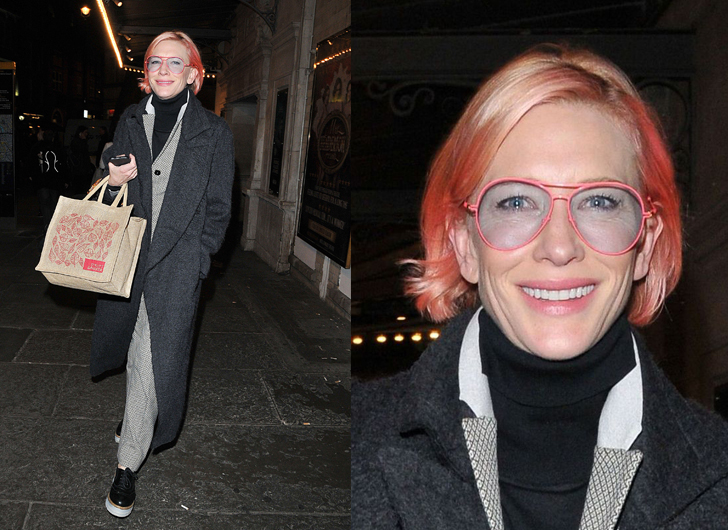 Blanchett’s hair colorist, Nicola Clarke spoke to The Telegraph, revealing the Carol actress had planned on making the color switch. “We’ve been talking about doing it for a while but wanted to get all the award seasons out of the way to have a play and a bit of fun. It will last a couple of weeks, depending on how many washes it has.”

Blanchett, 46, added the pop of color, joining the list of celebrities that have also adopted the trend such as Katy Perry, Julianne Hough and Kaley Cuoco.