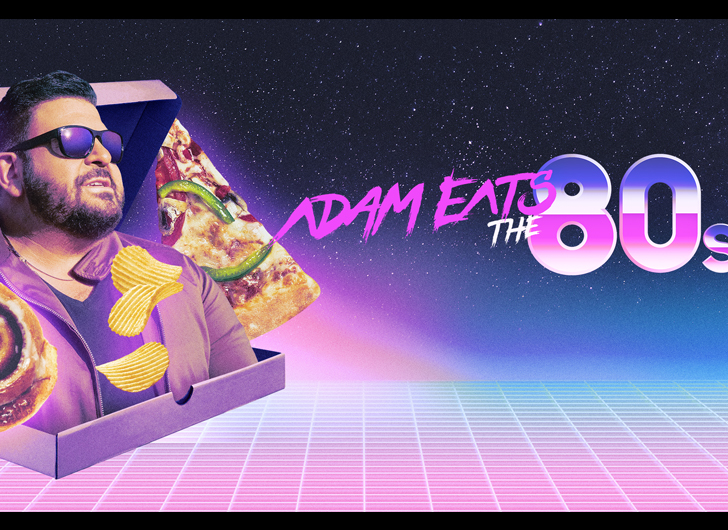 Amazing Eats star Adam Richman is set to embark on a new food adventure that is taking him all the way back to the 1980s!

Adam Eats The 80s will see Richman relive his childhood by tasting some of the most iconic and forgotten foods of the decade from candy to soda and pizza to orange chicken.

“It was a time when things were simpler,” Richman told TV Insider. “The ‘80s were so vibrant. We were flourishing financially. Things were expanding. The technology grew by leaps and bounds. People yearn for a simpler, happier time. I think food is really fun prism, and it’s one fans know me for.”

TONIGHT IS THE NIGHT!!!

It’s the premiere of #AdamEatsThe80s tonight 10/9c on @HISTORY

The origin of 80s iconic foods,
The resurrection and re-creation of 80s foods lost forever!#

Set your DVR, set your alarm and tune in! pic.twitter.com/TtTZgz2dAo


“The producers and I wanted to find foods that were authentic to the 1980s: that had their origins during the decade, or solely existed during that time,” Richman said during an interview with Simplemost. “We wanted to make sure that people who lived through the ‘80s would remember these items, hopefully with great fondness, and that those who were not born or raised in the decade would still find these foods and flavors engaging, interesting, and delicious.”

The ten-episode series airs Sunday nights at 10 p.m. ET on the History Channel.